A phone call may be all it takes to ease pandemic loneliness: study 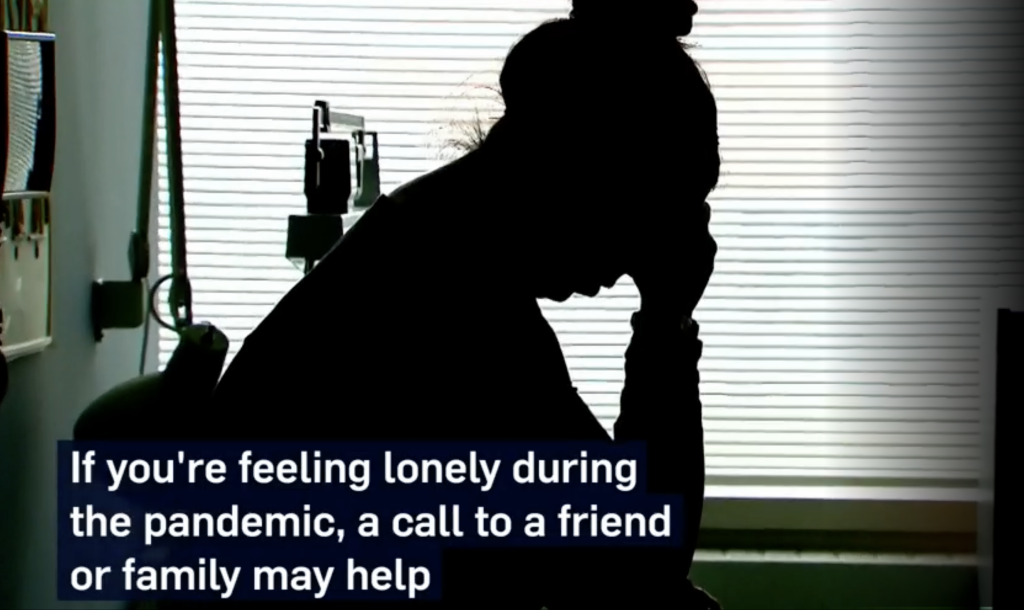 A phone call may be all it takes to ease pandemic loneliness: Study

TORONTO — Give your friends and family a call, it may just ease the pandemic loneliness, depression and anxiety that are taking hold.

A study published in the peer-reviewed journal JAMA Psychiatry suggests that phone calls can help people who are left feeling alone and isolated during the pandemic, no training required.

This isn’t overly surprising, for humans have a basic need to connect with others, said Roger McIntyre, a psychiatry and pharmacology professor at the University of Toronto.

“It speaks to the fact that as people, as human beings, we need to have contact. That is an undeniable fact. It’s in our DNA, years of evolution. We’re social organisms, we need contact,” McIntyre told CTVNews.ca in a phone interview on Wednesday.

The study aimed to quickly address the issue of loneliness during the pandemic and focused on socially isolated adults who used Meals on Wheels in Texas. Researchers put together a team of young volunteers to call Meals on Wheels clients.

The 16 volunteers, aged 17 to 23, were provided one hour of training with a focus on empathy via video conference. They were given additional resources like videos and handouts that would constitute another hour of training. No degrees or special certification were required for the role. Callers were instructed to focus on listening and guiding conversations to topics the clients enjoyed. The volunteers were told to aim to keep the calls 10 minutes or shorter, but no time constrains were applied.

The phone call recipients in the study were predominantly single adults living alone who were unable to leave their homes during the pandemic.

The researchers found that, over the course of the four-week study, those in the intervention group reported less loneliness and that anxiety and depression levels had improved based on various scales used to determine levels of loneliness, anxiety and depression completed by the participants throughout the study. Study participants ranged in age from 27 to 101 years old, with 63 per cent being over the age of 65. More than half of the participants were living alone and nearly 80 per cent were women. All of the people who participated in the study reported at least one chronic condition.

While the simple act of picking up the phone for a quick 10-minute conversation may seem superficial on the surface, it is actually addressing our basic need for socialization, even if the call is from a stranger, said McIntyre.

“These types of contacts by phone, from strangers or anonymous contacts serve a very important purpose in a sense of connectedness,” he said.

While these contacts served an important purpose, greater fulfillment can be reached by crafting stronger connections and personal contacts, McIntyre added.

Caller volunteers were instructed to call participants on five days in the first week, after which participants were able to decide how many calls they wanted to receive. Nearly 60 per cent chose to continue with five calls per week for the remaining three weeks of the study.

By using callers who aren’t professionally trained in psychology or counselling, researchers found that their approach was easy to deploy and scale.

This simple way of addressing some of the loneliness that comes along with COVID-19 lockdowns and restrictions can benefit our health, and loneliness can create a host of physical issues, said McIntyre.

“Loneliness itself was linked to serious medical problems like heart disease, obesity, depression. It was linked to a shorter life span,” he said.

There have been few solutions to the problem of loneliness, and they often rely on trained individuals to provide different forms of therapy, whether over the phone, video conference or in person. This new study provides some hope that loneliness, and its negative side effects, can be more easily dealt with than previously thought.

While the study yielded positive results, the researchers say that more research is required to see how long the benefits of these types of phone calls last.

For now, it couldn’t hurt to pick up the phone and reach out to someone who may be feeling alone, because loneliness can cause serious damage.

This is your brain on pandemic: What chronic stress is doing to us

TORONTO -- Sparked by an explosion of COVID-19 cases, Quebec’s month-long curfew could increase people’s feelings of loneliness, one expert warned, urging people to maintain personal connections and physical activity. “People are getting fed up with the uncertainty.” Roger McIntyre, a psychiatry and pharmacology professor from the University of Toronto, told CTV News Channel on Sunday. McIntyre understands how maddening it must be for Quebecers to contend with yet another measure when they are already facing economic strife under COVID-19 public health restrictions.